Significant Move Towards Ban on Fracking Welcomed by Afri 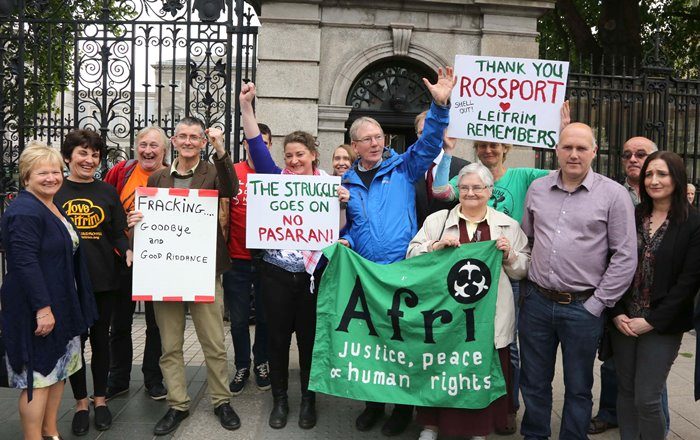 Outside Leinster House following the passing of the private members bill (presented by Tony McLoughlin TD for Sligo-Leitrim)
banning fracking from Ireland. Here members of ‘Love Leitrim’ and supporters who campaigned to have fracking banned. Photo by Derek Speirs.

Afri has welcomed the completion of the Bill to ban fracking which today passed all stages in the Dáil and will now go to the Seanad. “This is a victory for people power and for community resistance”, according to Joe Murray. Afri would especially like to congratulate Love Leitrim who led this persistent, determined and successful campaign.

Film by Dearbhla Glynn on fracking

No Fracking: Not Here, Not Anywhere

i Nov 11th w Comments Off on No Fracking: Not Here, Not Anywhere x by Afri 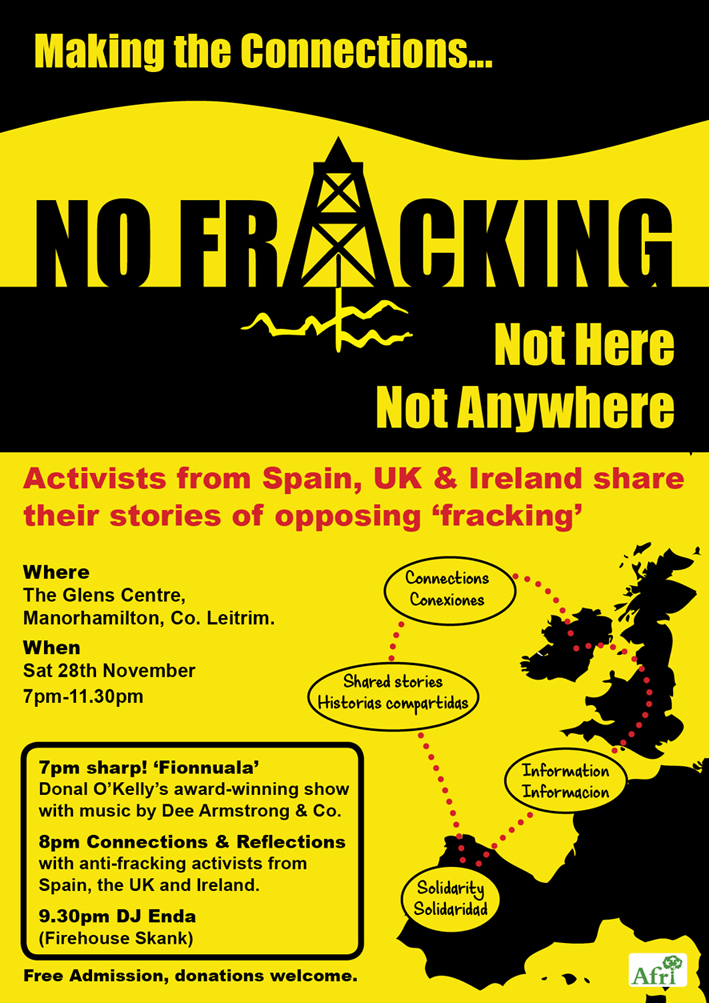 ‘If I could say one thing to other communities…’

On Friday 30th January some of the 51 campaigners who took part in the research will speak about what they are learning through challenging the Corrib project. The creators of the exhibition will also talk about the research and photography behind the exhibition. END_OF_DOCUMENT_TOKEN_TO_BE_REPLACED

i Mar 12th w Comments Off on The Future For Shale? x by Afri 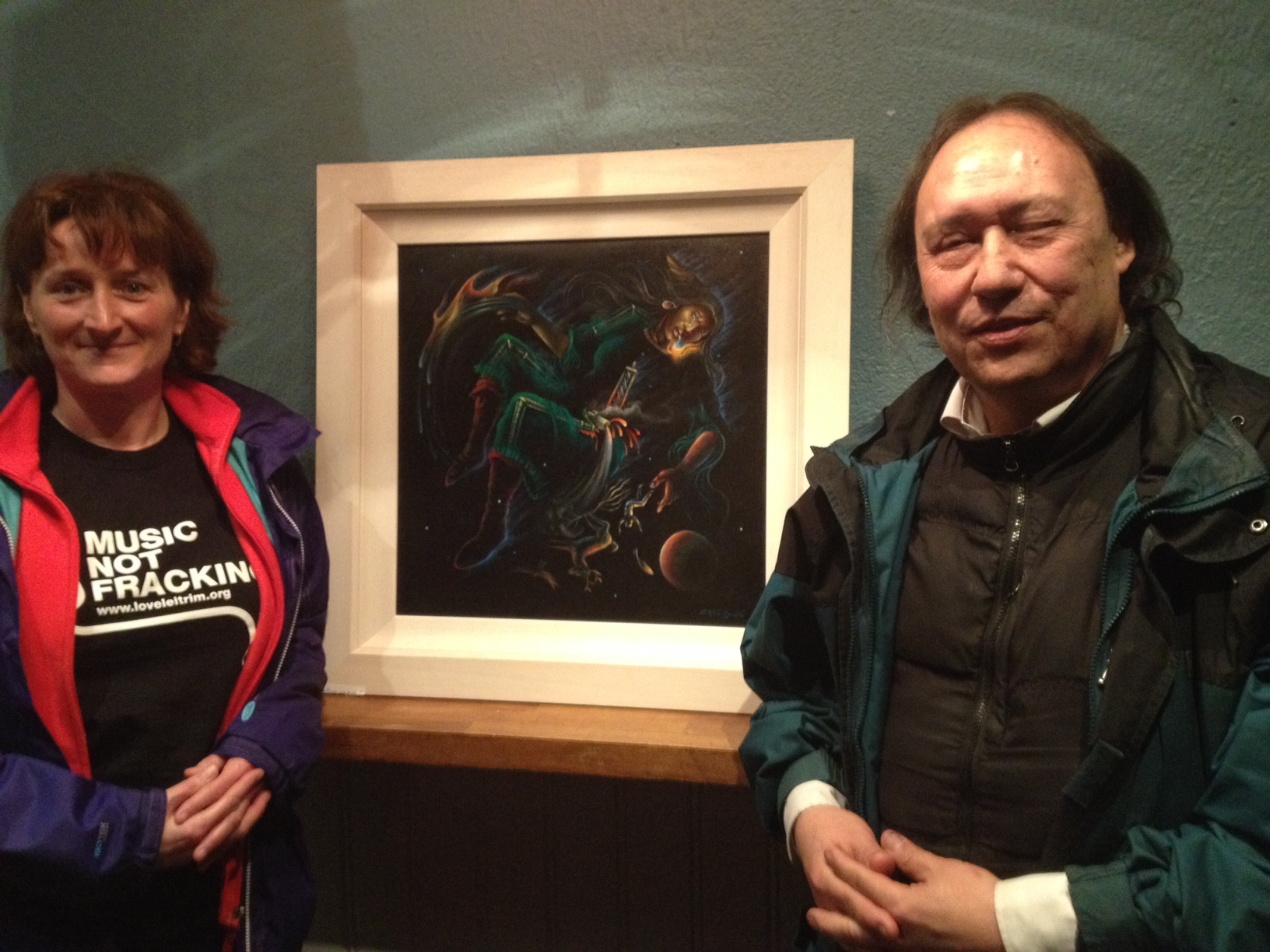 Sunday evening March 9th saw the launch of a short documentary by award winning film maker Dearbhla Glynn in an event organised by Afri.  Dearbhla’s work as an independent documentary maker has previously shone a spotlight on human rights injustices in the Congo and Gaza.

Members of Love Leitrim Eddie Mitchell and Chair Susan Carton were at hand for a Questions and Answers session after the film. The audience were also treated to a traditional music session from well known musicians Steve Cooney and Paddy Keenan in the Glens Centre venue.

An unexpected highlight of the evening was when renowned Choctaw artist Gary White Deer made a presentation of his painting entitled “Fracking Mother Earth” to Love Leitrim.

Love Leitrim delegation asks for a licence not to frack Ireland

i Feb 28th w No Comments x by Afri

Thursday Feb 28th is a date that could be etched in Irish memory. It is the deadline date gas companies have to submit applications for an exploration licence. Currently two of these companies have applied. If they are granted rights for an exploration license, many commentators advise that this would pave the way for the introduction of hydraulic fracturing into Ireland. The nature of the licensing terms are difficult to get out of. Companies also gain the opportunity to build their fracking infrastructure for this controversial industry.

To mark this date, a delegation from Love Leitrim are coming to the Dail to ask the ministers instead, to make a positive stance on behalf of their people and grant a licence not to frack Ireland. They will be outside the gates from Midday to 3pm. The Frack Free Ireland campaign has been rolled out and people have been asked to send in their licence request for their right to have unpolluted water, their right to live in a rural area, right to maintain and safeguard indigenous industry, and fundamentally the right to their health and the health of future generations. The campaign has captured the imagination of the public and high profile artists with backing of Christy Moore, Steve Wickham, and Glen Hansard who have pledged their support. Eleanor Shanley of De Danann fame, Rossa O Snodaigh Of Kila and Leitrim GAA stars are others who have signed the Application not to frack Ireland.

At the moment the decision currently lies with the government whether to frack Ireland or not. While research has been commissioned it does not consider public health and does not have public health expertise on the steering group guiding it.

The brainchild of Irish tourist provider Nuala Mc Nulty, the Application for a frack free Ireland pleads with the government to make a powerful positive choice on behalf of its people and immediately halt any further licences.
Nuala says
“Throughout this process people have been forgotten about. We want to put people back into the centre of decision making. It’s as simple as this. We are asking the Irish government, Are you with your people or not? We need them to show us they are with us by halting any further licenses’

Love Leitrim wants Feb 28th to be the beginning of a show of solidarity by the government to its people at home and abroad, and that date to be remembered for all the right reasons.

or for further background on the campaign

i Dec 6th w No Comments x by Afri 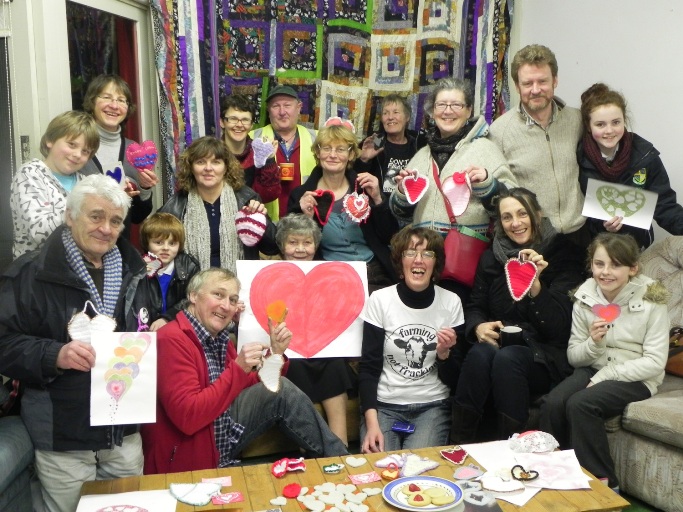 Bhopal, the Leaks and the Legacy: Lessons for Leitrim?

i Sep 24th w No Comments x by Afri 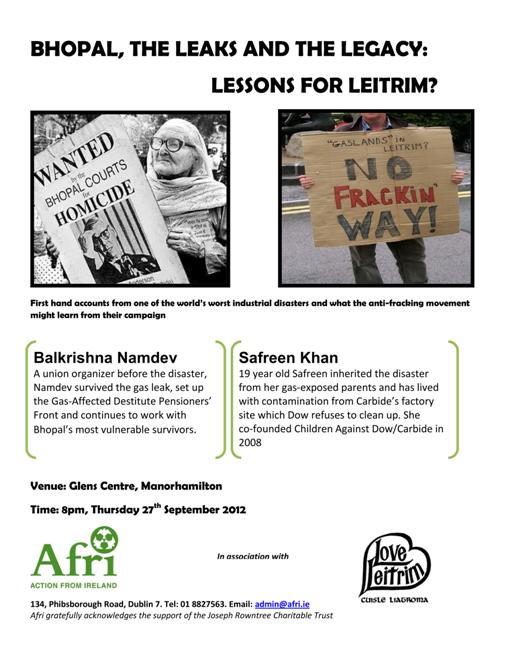