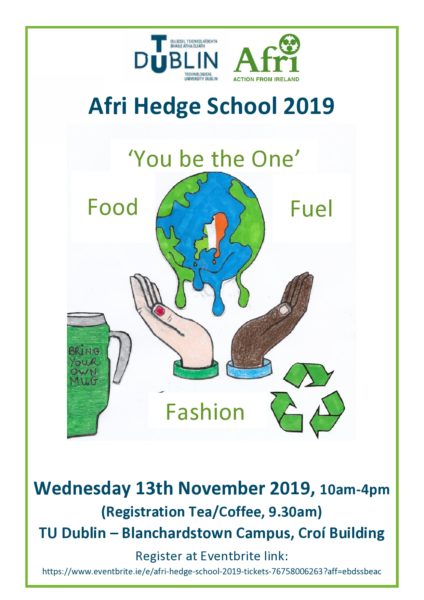 Reflections from the Hedge School 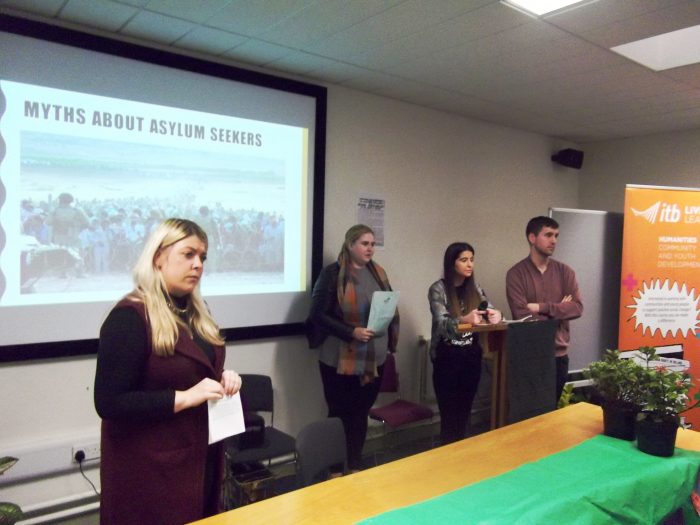 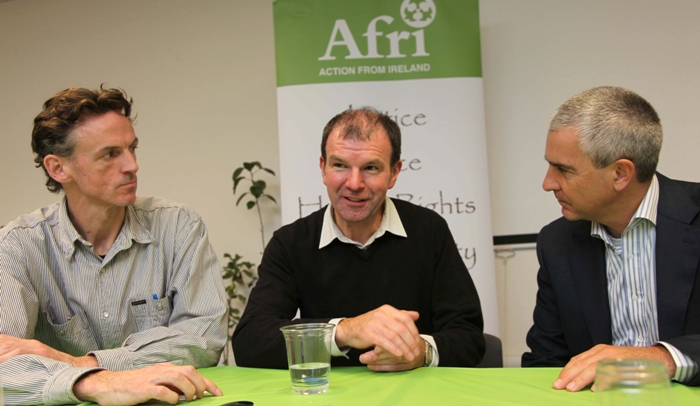 As Joe Murray (Afri’s Co-ordinator) noted in his opening address the crisis facing our world today cannot be over estimated but it also represents an opportunity to bring about the kind of change that is urgently needed. Justine Nantale spoke about the effects of climate change in her country, Uganda. She noted that most people in Uganda are dependent on farming and when the rains don’t come they are very badly affected. For them, climate change is not something to be debated, but a living reality. END_OF_DOCUMENT_TOKEN_TO_BE_REPLACED 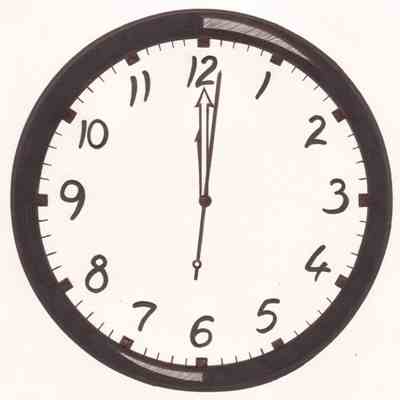 Room A57, A Block, I.T. Blanchardstown (for directions click here)

Programme for the day

10.15 am Natural Resources: Whose Gain, Whose Pain? From Ireland to the Wider World

11.15 am Panel Discussion with Justine Nantale (Uganda), Kevin Murphy (ITB) and a speaker from Shannonwatch

Afri gratefully acknowledges the support of Irish Aid and Trócaire

i Oct 11th w Comments Off on Date for your Diary: Afri Hedge School 2013 x by Afri 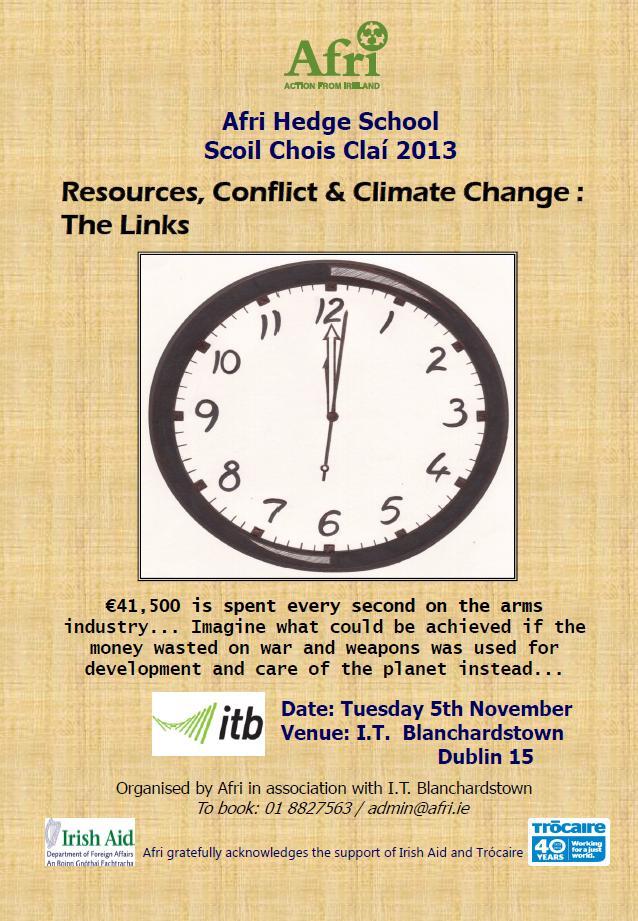 The 2013 Hedge School will take place in Institute of Technology Blanchardstown, Dublin 15, on the themes of militarisation, conflict and the environment on Tuesday 5th November from 10am to 4.30pm in Room A57.

Registration takes place from 9.30am.

The Hedge School is being organised in partnership with the students from I.T. Blanchardstown .  All are welcome.

For details on how to get to I.T. Blanchardstown, go here.

Further details will be posted closer to the event.

i Nov 29th w No Comments x by Afri 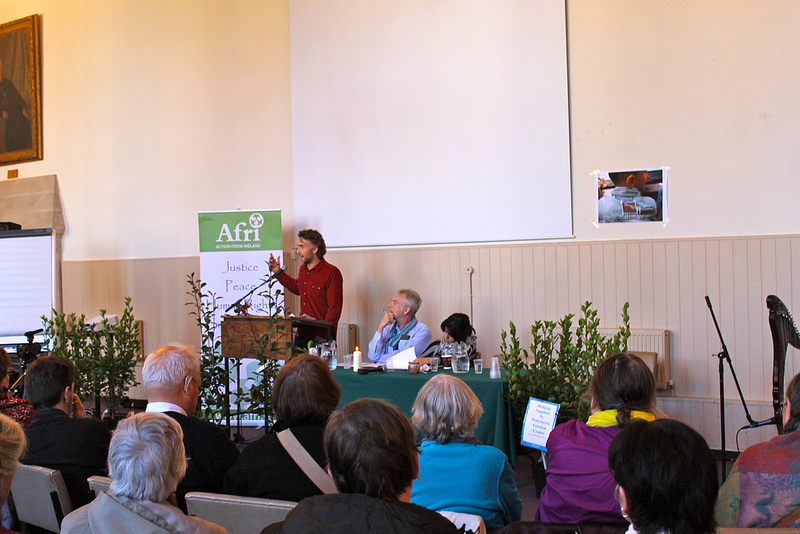 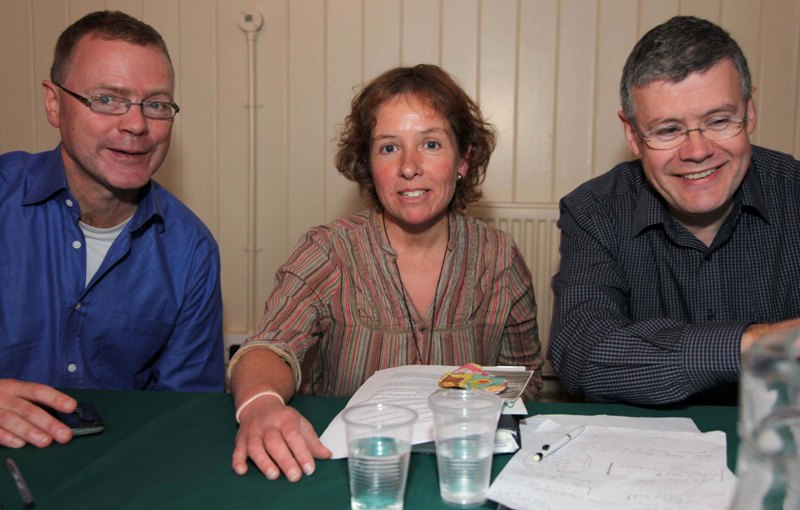 There were two or three related events. The first was the IPB council business event. The second was a conference which Afri runs in different locations throughout Ireland every autumn but which this time was co-organised with IPB, using IPB people as speakers and resource people. Also speaking at the Hedge School were Afri’s Rose Kelly and Kimmage DSC’s Paddy Reilly, in a session on “Climate Change, Resources and War” chaired by Afri Chairperson, Andy Storey. The conference title was “Joining the dots: Disarmament, Development, Democracy.” In order to make a tangible response to the threat of Climate Change, participants in the Hedge School planted a rowan tree which was then named “Lina [Ben Mhenni]’s tree”. In addition there was the award of IPB’s Sean MacBride Peace Prize to two prominent women involved in the ‘Arab Spring’. END_OF_DOCUMENT_TOKEN_TO_BE_REPLACED 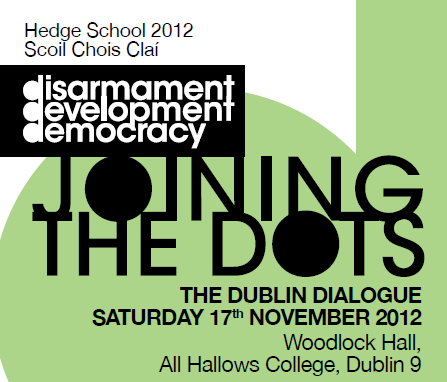 The International Peace Bureau is delighted to announce its decision to award the 2012 Sean MacBride Peace Prize to two Arab women: Lina Ben Mhenni from Tunisia and Nawal El-Sadaawi from Egypt. They have both shown great courage and made substantial contributions to what is known as the Arab Spring.

The award ceremony will be held on the eve of IPB’s annual conference, which this year doubles as Afri’s Hedge School. The prize ceremony will be held on Friday 16th November, at 6pm. The venue is Woodlock Hall, All Hallows College, Dublin 9. The Hedge School will be held in the same venue the following day. This will be the first ever IPB Council meeting in Ireland in its over 100 year history during which it will be hosted by Afri, a member organisation of the International Peace Bureau.

The presenter of the awards will be President Michael D. Higgins, himself the very first winner of the MacBride Prize in 1992.

Every year the IPB awards a special prize to a person or organisation that has done outstanding work for peace, disarmament and/or human rights. These were the principal concerns of Sean MacBride, the distinguished Irish statesman who was Chairman of IPB from 1968-74 and President from 1974-1985 and special advisor to Afri for many years.

END_OF_DOCUMENT_TOKEN_TO_BE_REPLACED

i Sep 26th w No Comments x by Afri 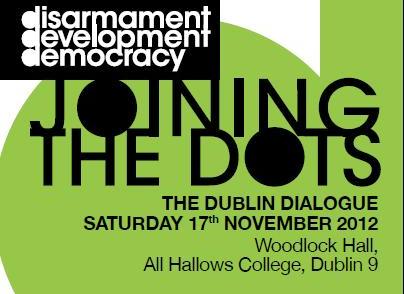 As our globalised world gets smaller, so the burning issues we are confronted with seem to overlap to a greater and greater extent. How to solve the challenge of poverty without re-allocating some of the huge sums devoted to militarism? How to ensure a stable future for our economies and our societies without taking into account the massive impacts of climate change and resource depletion? How to redeem the promise of a new democratic order in the Middle East and North Africa without ensuring true gender justice? And how can we achieve any of these things without a full, inclusive, transparent democracy? These are some of the issues we will tackle in the Dublin Dialogue.

On Friday 16th the MacBride prize award ceremony will be presented to two women activists from the ‘Arab Spring’ by President Michael D. Higgins.

The theme of the Hedge School will be “Joining the Dots: Disarmament, Development and Democracy”.

10am: Registration and tea/coffee

10.30am:  Music by Fionnuala Gill, introductory remarks by Joe Murray and tree planting

11am:  Climate, Resources and War (with Rose Kelly, Paddy Reilly and Andy Storey)

7pm – 8:30pm: Special performance of “The Cambria” with Donal O’Kelly and Sorcha Fox. The Cambria is the story of freed slave Frederick Douglas’ journey to, and through, Ireland. “A powerful theatrical experience…a stirring production” (Irish Examiner). A small admission fee will be charged at the door.

*** Full details are available in our brochure which you can download here: Hedge School 2012 Brochure ***

As spaces are limited this year, please register for the event either by downloading our Registration Form 2012 and posting it back to us, or by registering online here: http://hedgeschool2012.eventbrite.ie/

i Oct 12th w No Comments x by Afri 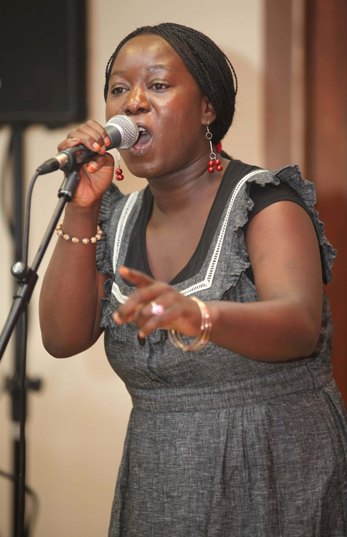 The 2011 Afri Hedge School took place in Kimmage Development Studies Centre (KDSC) in Dublin for the second year running.  You can watch a short film of the highlights from the day, made by Dave Donnellan, by clicking here! 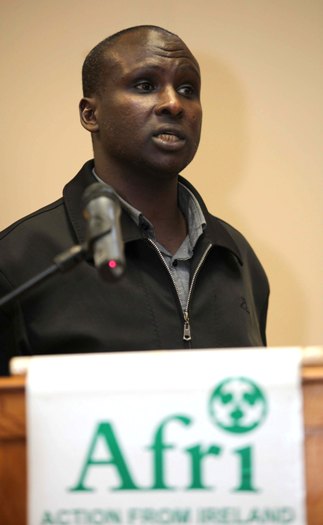 The theme was Climate Change and how this has impacted on developing countries resulting in famine and wars. Abjata Khalif, a pastoralist from Kenya, spoke about how climate change has affected pastoralists in Kenya, Ethiopia, and Somalia, and in particular how the current famine in the Horn of Africa has caused great hardship for many, resulting in a surge in refugees and other social problems. END_OF_DOCUMENT_TOKEN_TO_BE_REPLACED

i Sep 15th w No Comments x by Afri 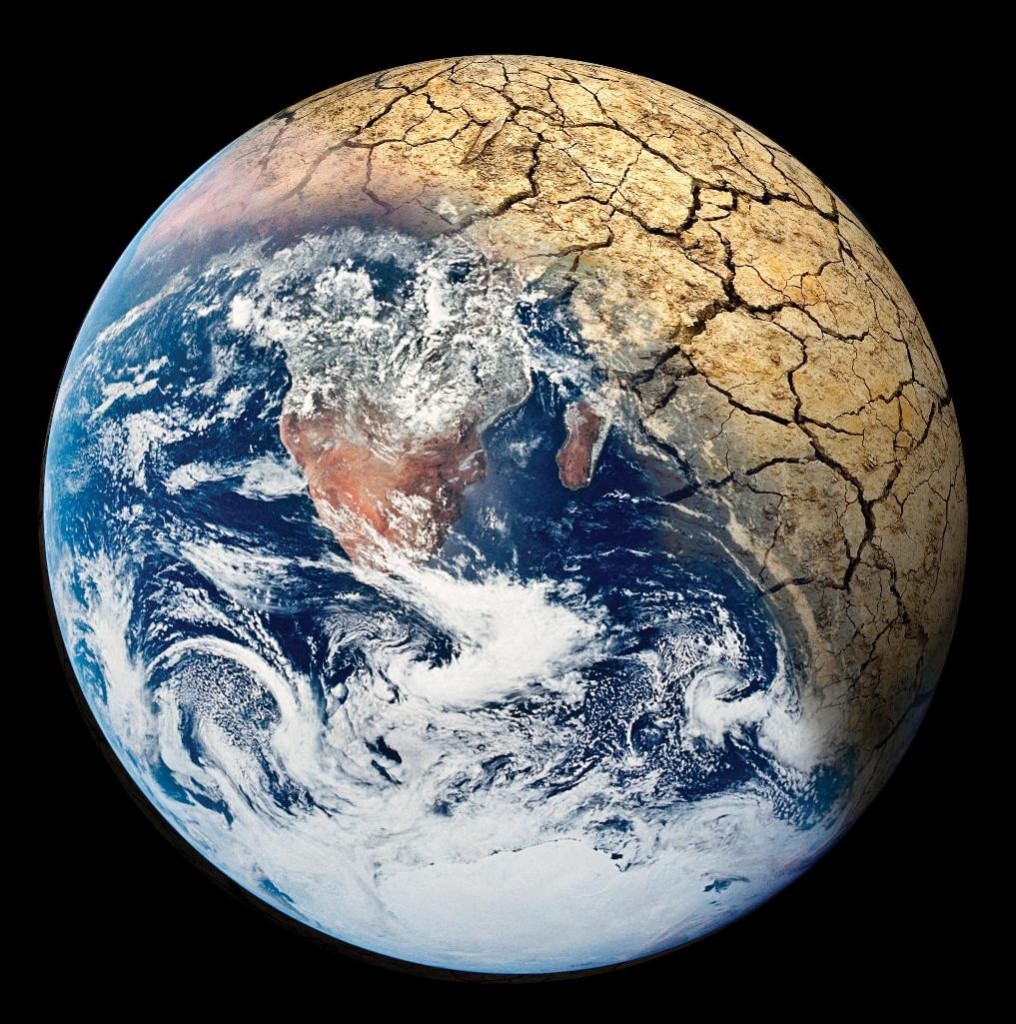 The programme for the 2011 Afri Hedge School includes a talk by Kenyan Pastoralist, Abjata Khalif, on famine, climate and conflict in the Horn of Africa, followed by an examination of how we can tackle the problem of climate change in Ireland by climate scientist John Sweeney.

The 2011 Hedge School consists of a selection of workshops, hedge planting, and beautiful African music! The day promises a stimulating engagement with the issue of climate change in the world and especially how it impacts on developing countries. Lunch will also be provided.

Where? Kimmage Development Studies Centre, Whitehall Road, Dublin 12.  For directions on how to get there, please click here.

You can download the brochure here to book on: Hedge School 2011

END_OF_DOCUMENT_TOKEN_TO_BE_REPLACED

i Dec 31st w No Comments x by Afri

Our annual newsletter, Peacemaker, is now available to download from our website. The newsletter represents a snap-shot of our year with short reports and photographs relating to some of Afri’s activities.

This year, Afri celebrated 35 years of working for justice and peace and we would like to thank everybody who has supported us and our work over the years.

i Sep 7th w No Comments x by Afri

A unique blend of conversation, debate, music, fun and food!