The Courage of Their Convictions: Conference Organised by the Movement for the Abolition of War

i Oct 14th w Comments Off on The Courage of Their Convictions: Conference Organised by the Movement for the Abolition of War x by Afri 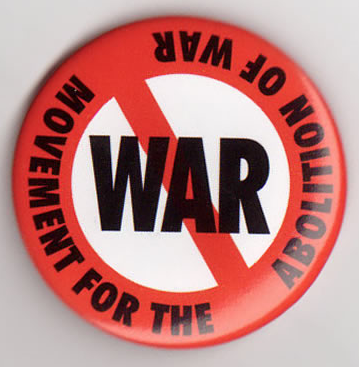 I recently attended a peace conference in the unlikely venue of the ‘Imperial War Museum’ in London. Organised by the Movement for the Abolition of War (MAW) in a venue, containing, as MAW President Bruce Kent said, three of the most unattractive words in the English language, the event was interesting and timely, looking critically, as it did, at the way in which World War 1 is being commemorated. Many contributions noted the attempt to ‘redeem’ World War 1, and to portray it as a ‘good war’ by those who continue to benefit from the business of war and who want to ensure its continuance as a means of ‘settling’ international disputes.

A disturbing feature was the announcement that since the Museum re-opened after refurbishment in July 2014, it has been visited by over half a million people. And while the peace event attracted around one hundred people largely in the over-50 age bracket, the war museum was visited by thousands of people in the course of the day. Among the visitors were families including children of all ages, many of whom were being photographed proudly standing alongside or caressing some of the most grotesque weapons ever manufactured.

There is also a section in the Museum appropriately devoted to the holocaust and a section being developed on the role of conscientious objectors. Part of the conference, too was given over to honouring conscientious objectors, many of whose stories were moving and inspirational. Being a conscientious objector – refusing to kill – was not an easy option but carried with it heavy consequences and great suffering.
But for me the most important element was contained in the name of the main organiser – the Movement for the Abolition of War. This is a small but very important organisation which is raising a critically important issue – that of abolishing war from the face of the earth before it brings about the final destruction of both people and planet.

Many believe that this is a naive and credulous idea but such a response is neither surprising nor unexpected. As David Swanson argues in his excellent book ‘War no More’: ‘In the late 18th century the majority of people alive on earth were held in slavery or serfdom…The idea of abolishing something so pervasive and long lasting as slavery was considered ridiculous. Slavery had always been with us and always would be… {However} by the end of the 19th century, slavery was outlawed nearly everywhere and rapidly in decline. In part this was because a handful of activists in England in the 1780s began a movement advocating for abolition’

Of course forms of slavery such as sex slavery and forced labour still survive today but institutionalized slavery has become almost totally unacceptable.

If slavery can be abolished, if Apartheid can be ended, if capital punishment can be banned in many countries and made repugnant and shameful in most, why can we not achieve the same in relation to war?

One of the contributors to the conference was Actress Sheila Hancock, who read the following poem:

SUICIDE IN THE TRENCHES

I knew a simple soldier boy
Who grinned at life in empty joy,
Slept soundly through the lonesome dark,
And whistled early with the lark.

In winter trenches, cowed and glum,
With crumps and lice and lack of rum,
He put a bullet through his brain.
No one spoke of him again.

You smug-faced crowds with kindling eye
Who cheer when soldier lads march by,
Sneak home and pray you’ll never know
The hell where youth and laughter go.