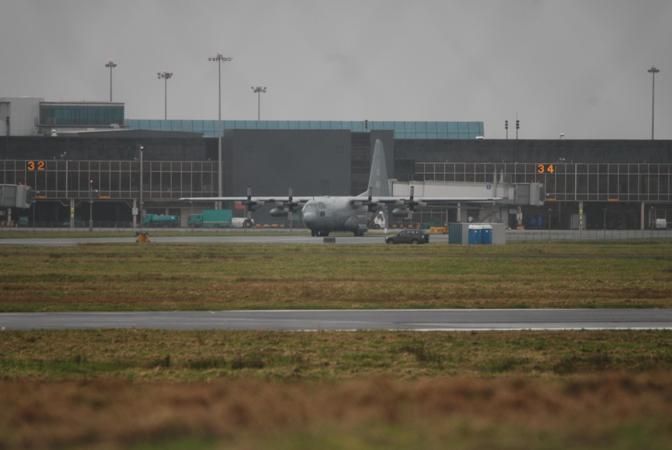 See photo attached of Hercules C 130 US warplane at Shannon today being “protected” by Irish Defence Forces patrol. In addition to its military forces in Afghanistan, US special forces are also operating in Yemen, in several African countries including Ethiopia and Somalia, and from US navy ships in the Indian Ocean, and war planes like the one photographed below are being used to transport supplies including arms through intermediaries to the rebel side in the Syrian civil war.

No US military aircraft have ever been searched by Gardaí at Shannon airport, even though the Irish Government Jet on a trip to the USA with Taoiseach Bertie Ahern was reportedly searched on at least one occasion at Washington Dulles Airport.

Link to petition calling for end of military use of Shannon airport:  http://www.change.org/petitions/petition-respect-ireland-s-constitution-end-u-s-military-use-of-shannon