i Mar 2nd w Comments Off on Reflections from Féile Bríde 2017: Darkness to Light x by Afri 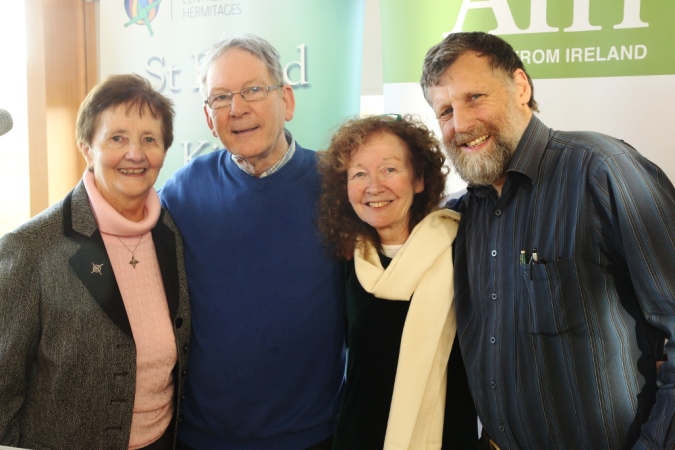 When we look at the many problems confronting our world, we can sometimes think that things are worse than ever and that little progress has been made towards creating a more just and compassionate world.  But it is important that we keep in mind the progress made, as well as the challenges that continue to face us.

When we held our first Féile Bríde in 1988, apartheid was still in place in South Africa, the conflict in the North of Ireland was still raging with nightly reports of deaths and injuries and East Timor was under the jack boot of Indonesian occupation.

All of these problems at the time seemed intractable and almost insoluble.  Yet, now we’ve seen major change come about through the ending of apartheid, freedom for the people of East Timor and the signing of the Good Friday agreement in the North.  These situations were recalled in Kildare this year as we remembered speakers Mary Manning of the Dunnes Stores Anti-apartheid Strikers, Tom Hyland and the Timorese students and the playing of the Lambeg Drum and the Bodhrán by people representing the two Northern Ireland traditions in previous years.

Alastair McIntosh, one of our speakers this year, took up this theme and appealed for “a  re-commitment to non-violence… not as a tactic but as a deep commitment to the spirituality of peace”.  He praised Mairead Maguire and the Peace People, whom he said “helped to lay the groundwork out of which the politicians could forge the fragile peace that we have today.”

Turn Back The Streams Of War from Spartacus on Vimeo.

It would be hardly possible to find anyone more deeply committed to peace and non-violence than our second speaker, Kathy Kelly, founder member of Voices for Creative Non-Violence. Kathy’s extraordinary, life-long commitment to peace and non-violence and opposition to war has seen her arrested more than sixty times and imprisoned almost as often. Her sheer commitment to opposing war and militarism has led her friends to say that “jail is the only place where Kathy rests” .

Referring to the first days of Trump’s administration Kathy says: “With a punishing, disorienting barrage of executive orders, President Trump is reversing hard fought gains made in environmental protection, health care, women’s rights, immigration policy, and nuclear weapons reduction. In his inaugural speech, Trump proclaimed “America First”. The U.S. does rank first in weapon sales, in mass incarceration and in producing waste material. Pope Francis urged President Trump to be first in protecting the poorest in society. But instead, President Trump has surrounded himself with generals and billionaires in cabinet level positions.”

Dave Donnellan, currently before the Courts because of his anti-war activity in Shannon Airport, took up this theme and talked about how the state only intervenes on behalf of property. The State allows war planes and war criminals to pass through Shannon on a daily basis but when someone, like Dave and Colm Roddy, takes action on behalf of peace the judiciary intervenes and attempts to criminalise the peace-maker.  Likewise, Dave continued, when homeless people sleep rough summer and winter, State bureaucracy shrugs it off, but when people take over Apollo House, the judiciary intervenes on behalf of the property. There is no doubt about the priorities of officialdom: property before people.

Colm Roddy explained that his anti-war plane action in Shannon was faith-based, taking seriously the command of Jesus to “love your neighbour. I see my neighbour as Iraqis, Afghanis, Yemenis and all people everywhere.”

Finally, Patricia, who is currently in the Direct Provision system spoke about its dehumanising effect: “You cannot decide what you eat; you can’t cook; you can’t easily have friends over; conditions are overcrowded and you receive €19.10 per week to live on.”

We must end the scandal of Direct Provision…now.