Reclaiming the Vision of 1916 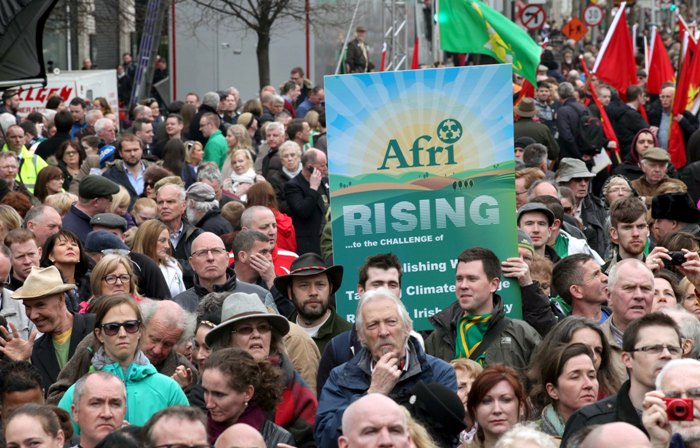 Afri’s banner visible during the ‘Reclaim the Vision of 1916’ march and rally. Photo by Derek Speirs

Afri was invited to take part in the Reclaim the Vision of 1916 event in Dublin on the 24th April 2016, behind the banner, “The Right of the People of Ireland to the Ownership of Ireland” which focused on the ideals behind the 1916 Rising, as distinct from the military dimension which is so heavily emphasised in so many of the state commemorations.  Afri staff carried a banner with the message “Afri rising to the challenge of tackling climate change, abolishing war and restoring Irish neutrality”