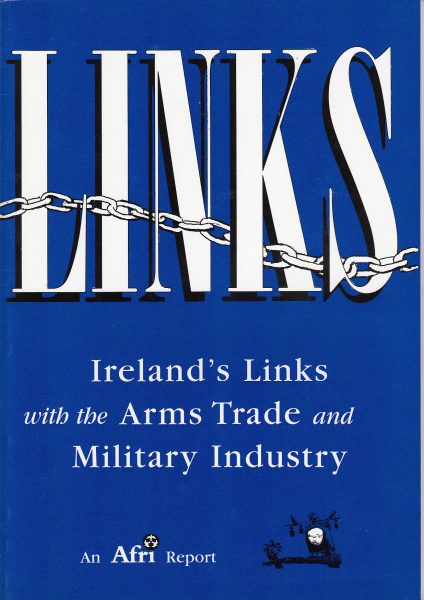 The company is also implicated in financial scandals, accused of using bribes worth millions of dollars in relation to arms deals in India and Panama.  The leaks show how Intertrade uses offshore companies to process sales ‘commissions’ – a classic device to hide corrupt payments.

According to Afri coordinator Joe Murray, “this report will, no doubt, elicit the usual hand-wringing by the mainstream political parties in Ireland but, when it comes to actually doing something, the same parties will be found to be sitting on their hands and doing nothing”

Afri published the first ever report into the growth of the arms industry in Ireland in 1996 and warned at that time about the need for legislation to prevent the trend towards deeper involvement.  Mr Murray criticised successive governments for what he termed “wilful negligence” in allowing  this situation to develop.

“The involvement of Irish companies in the arms trade, the provision of Shannon airport for the transit of US troops and munitions, and the recent welcoming of NATO ships to Dublin Port last are all examples of the headlong rush by successive governments, against the will of the people, to immerse our neutral nation more and more in the sordid war industry”, said Mr Murray.

What will our newly formed government do to tackle these issues and to reverse these trends?