i Feb 9th w No Comments x by Afri

The theme of Féile Bríde this year was food and it addressed some of the key concerns linked to food security: globalization, sustainable development and, in the words of Michael Kelly of Grow It Yourself, how we can take “control of the garlic situation”! 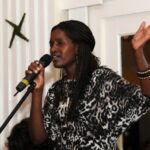 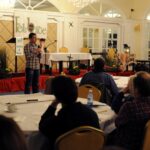 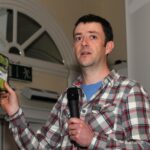 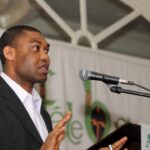 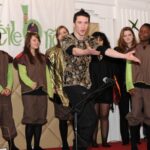 Performance by students from Coláiste Éinde in Galway 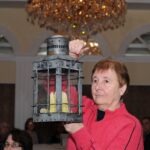 The day opened with some beautiful African music, sung by Justine Nantale, who also appeared at our Hedge School in October.  This was followed by a short theatre piece called “More” which was devised by Pete Mullineaux and performed by students from Coláiste Éinde in Galway.  This wonderfully creative piece was set in a far away galaxy, at an Intergalactic Food Conference where the “Aliens” were looking down at earth as a possible new home and were baffled by the fact that, despite so many resources, half the people in the world go hungry every day!

Dr Stephen Onakuse of the Centre for Sustainable Livelihoods, UCC*, opened the discussion by raising questions about how the food prices and key decisions relating to food are often taken by those who are not actually involved in agricultural production themselves. He also discussed the importance of agriculture, particularly in developing countries. He was followed by Michael Kelly of Grow It Yourself, who spoke of his journey from realizing the absurdity of the fact that the garlic he was buying in his local supermarket in Waterford was sourced from China, to actually “taking control of the garlic situation” and growing his own!

Following on from the talks there was a short question-and-answer session, and then participants divided up into groups to discuss what they had heard.  In the groups there was much emphasis on what we can do to connect with global social justice issues and, as one participant observed, “if we can overcome the frustration of doing little, we can do a lot”.

Finally, in the evening there was the “Saturday Miscellany”, hosted by local writer Maria Murphy, which comprised of diverse readings from writers from the locality on the theme of food.  This was interspersed with traditional Irish music and bluegrass played by the talented group Cathú.

* Unfortunately Alais Morindat couldn’t make it due to visa difficulties.