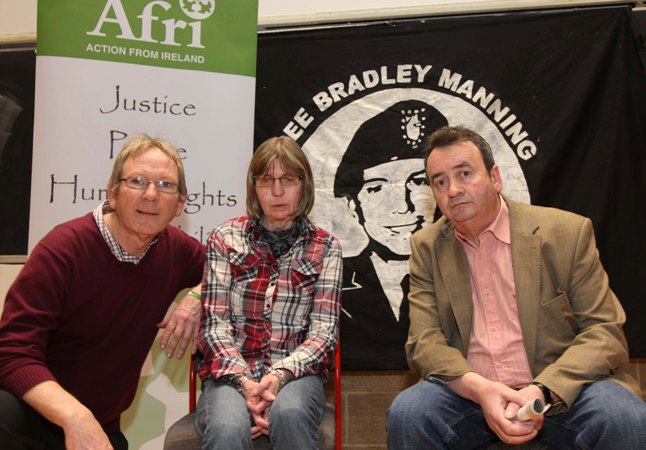 The commutation of Chelsea’s sentence is perhaps the best thing that Barack Obama will have done in office. But Chelsea, together with tens of thousands of other US soldiers, should never have been in Iraq, where they have succeeded only in laying waste to the country and its people. And Chelsea should never have been in prison in the first place.

It is unclear as to whether Chelsea passed through Shannon airport en route to war but she may well have done, and this illustrates the utter moral bankruptcy of successive Fianna Fáil, Fine Gael, and Labour party governments who gratuitously handed over our country, and Shannon in particular, to warmongers. The name of Ireland is forever tarnished as a result of our collusion in ‘resource wars’ fought for the enrichment of corporate interests.

The consequence of the opening up of the Pandora’s box of war in Iraq and elsewhere is being seen now in the desperate, incessant and often doomed flight of refugees from the Middle east and elsewhere.

So while Chelsea Manning can hold her head high as a result of an act of heroic courage and a singular commitment to truth, back-boneless members of successive Irish governments, who choose to deny the reality of Shannon’s role in the war machine, should hang their heads in shame while contemplating Chelsea’s message: ‘I prefer a painful truth over a blissful fantasy’.