Afri invited Doug Weir, coordinator of the International Coalition to Ban Uranium Weapons (ICBUW), to Dublin on the 28th September to speak at a public meeting in the Central Hotel. 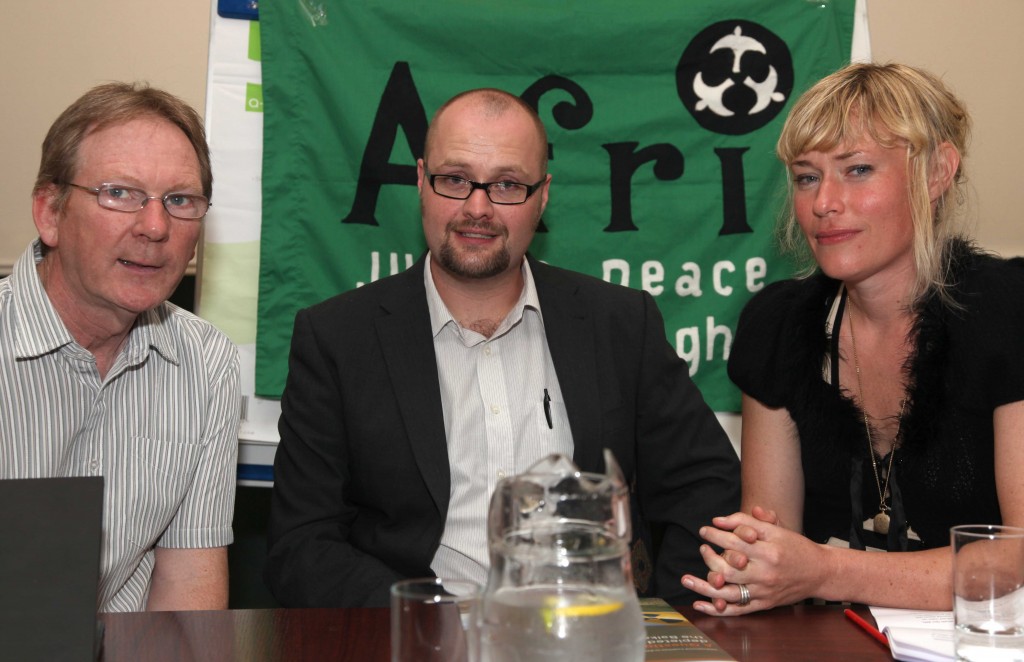 Doug spoke about the hazards of depleted uranium weapons, particularly for civilians who are often detrimentally affected by the toxic remnants of the weapons long after the conflict has ceased. Doug noted that efforts to decontaminate areas where these weapons had been used was sporadic and was complicated by the fact that military forces often refused to reveal where these weapons had been used citing it as classified information. It is vital that action is taken to ban the use of these weapons to protect innocent civilians in conflict zones.

Also speaking at the meeting was Dearbhla Glynn who showed a short “promo” of the film she is making on the effects of Depleted Uranium. This film focuses on the effect these types of weapons have had in Basra and will look into the possibility of their being used in Gaza. Dearbhla explained that many people in these areas were not aware of the dangers posed by such weapons, and children are particularly at risk.

Doug also met with a number of politicians during his stay in order to ensure that the Prohibition of Depleted Uranium Weapons Bill, which passed through the Seanad with cross-party support last November, is passed into law. Unfortunately, when the last government fell, the Bill fell with it but it can be re-introduced and both Aodhán Ó Riordáin (Labour) and Eoghan Murphy (Fine Gael) were supportive of this venture and noted that Ireland can play an important symbolic role in passing legislation and working towards ensuring that these weapons are not used in warfare.