i Jan 13th w Comments Off on Airing Erris: The Media and Shell Corrib x by Afri 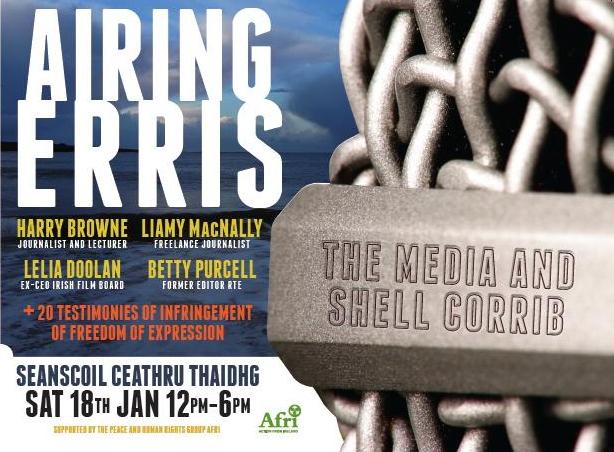 Airing Erris: The Media and Shell Corrib will take place on Saturday 18th January in the Seanscoil, Ceathrú Thaidhg, in Erris, County Mayo, 12 noon til 6pm. This will be the first of a series of two seminars on the media treatment of the Shell Corrib issue.

There will also be a series of testimonies from people detailing infringements of freedom of expression and denial of information in relation to the Shell Corrib gas project.