Acquitted! Colm and Dave found not guilty of charges brought against them.

i Nov 4th w Comments Off on Acquitted! Colm and Dave found not guilty of charges brought against them. x by Afri 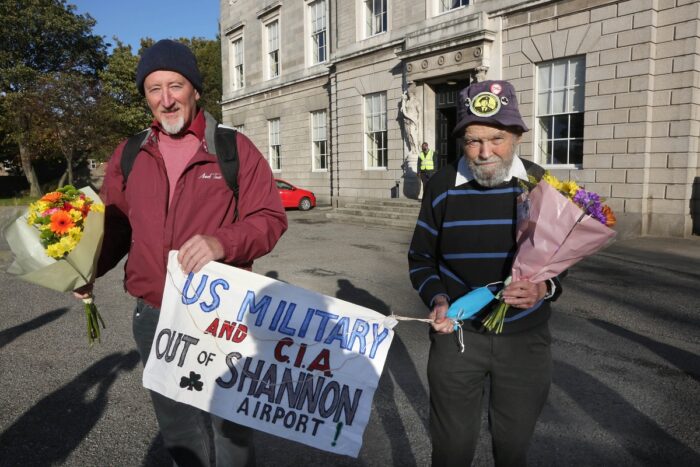 23.10.20. Dublin, Ireland. (L to R) Dave Donnellan and Colm Roddy leaving the Kings Inns Court, following their acquittal in the trial that resulted from their Anti War action in Shannon Airport in May 2016. ©Photo by Derek Speirs. (Credit Photo Derek Speirs)