For the past several weeks Afri has been working with students in Mount Temple School in Dublin on an exciting film and music project.  Our aim was to prepare a strong message to send to World leaders who will gather in Paris for the UN Conference on Climate Change on November 30th. This meeting is critically important for our world and for the future of all of us.

We are very pleased with the outcome of our work – this short film represents the creativity, passion and hope of a new generation – young people who can see the madness of destroying our planet through war, violence and an insatiable addiction to fossil fuels… and who are ready and willing to do what they can to bring about change. 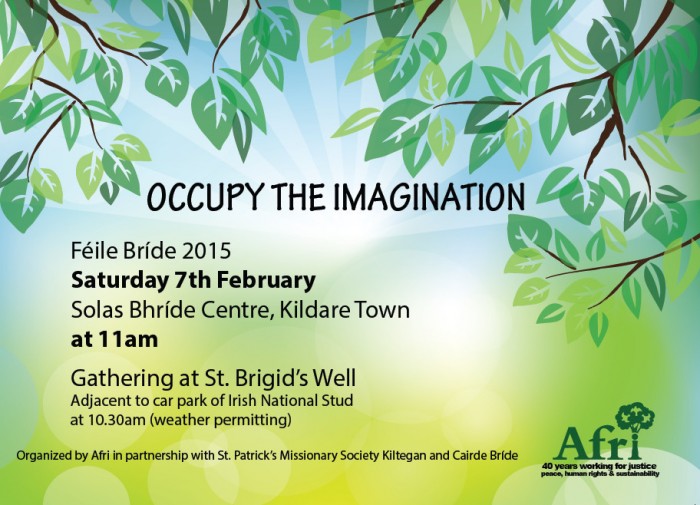 We invite you to join with us; to bring along your dreams and to add your voices to the dreamers’ discourse. Together, let’s ‘occupy the Imagination’ and discover what great changes we can help bring into being. END_OF_DOCUMENT_TOKEN_TO_BE_REPLACED